Next Level of
Creatine is the best researched and evaluated supplement on the market ever.

Plenty of studies show that Creatine increases physical performance in successive bursts of short-term, high intensity exercise. This is why a lot of athletes all over the world use it to increase their performance.

And we are proud to present the next level of creatine supplements: CreaFast

What is the Problem?

Most athletes do not know, that with normal creatine products a large amount is destroyed due to the gastric acid and cannot enter the muscle cells. As they feel it the amount of a portion is increased. But that is why a lot athletes feel bad as this harms their alimentary system.

So anyway which kind of creatine product you take a lot is directly destroyed and it harms your kidneys what makes you feel bad.

Creatine is a molecule produced in the body. It stores high-energy phosphate groups in the form of phosphocreatine. Phosphocreatine releases energy to aid cellular function during stress. This effect causes strength increases after creatine supplementation, and can also benefit the brain, bones, muscles, and liver. Most of the benefits of creatine are a result of this mechanism.

Creatine can be found in some foods, mostly meat, eggs, and fish. Creatine supplementation confers a variety of health benefits and has neuroprotective and cardioprotective properties. It is often used by athletes to increase both power output and lean mass.

CREAFAST® is a food supplement in gastro-resistant tablets based on creatine monohydrate, characterized by a biphasic patented formula which enables a chrono extended release of creatine.

The formula consists of the physical mixture of two properly calibrated components:

E
the fast release component: creatine monohydrate
E
the slow release component: creatine monohydrate supported on magnesium hydroxide [Mg(OH)2].
Stable weak interactions, typically hydrogen bonds, are established between creatine and magnesium hydroxide, which modifiy the dissolution rate of creatine in the intestinal environment.
Get in touch
The creatine release speed has been tested through dissolution tests in compliance with European Pharmacopoeia 8.0. 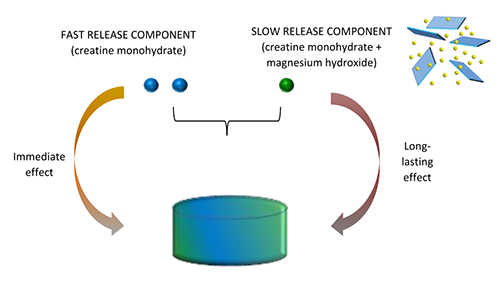 As known Creatine, with a daily intake of 3 g, increases physical performance in successive bursts of short-term, high intensity exercise. In order to exercise its ergogenic effect, the orally-taken creatine must:
E
be absorbed at intestinal level;
E
enter into the portal venous system and be conveyed to the liver;
E
enter into the general circulation;
E
enter into the skeletal muscle tissue (muscle uptake) 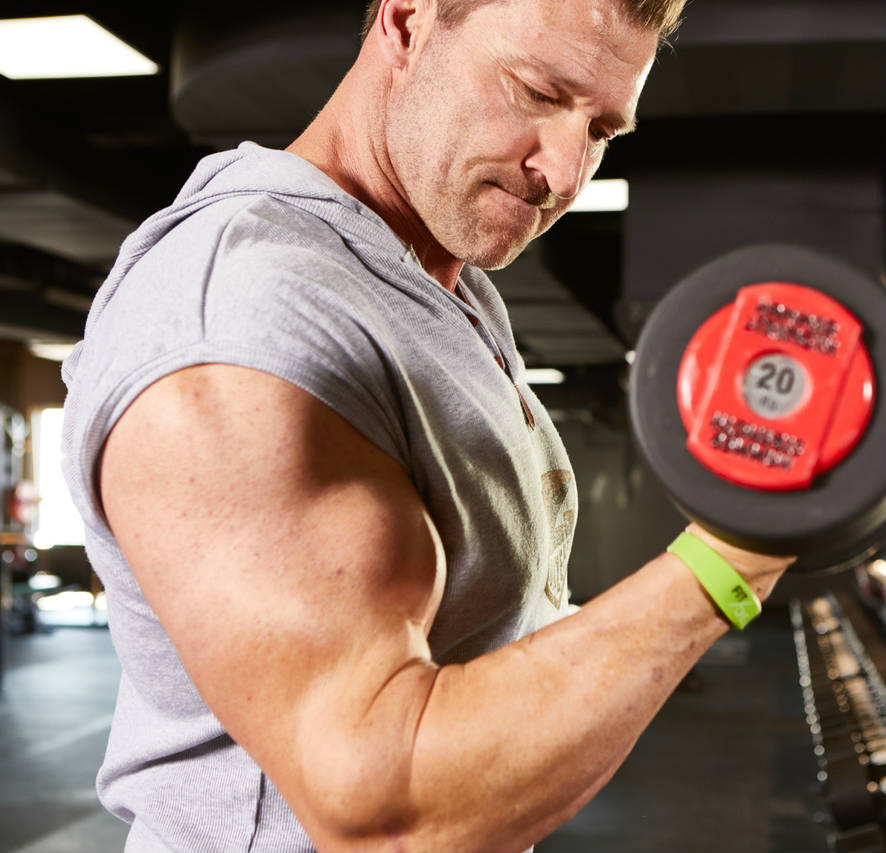 CREAFAST®, thanks to its biphasic patented formula, allows to optimize creatine intestinal absorption and creatine uptake by the skeletal muscle tissue.

You have a question concerning our products?

Feel free to contact us anytime by using the form below.

We use cookies to ensure that we give you the best experience on our website. If you continue to use this site we will assume that you are happy with it.Got it!Read more